YES! For A Better San Diego

Downtown San Diego is a beautiful place to live but what’s one thing you can name at the top of your head that’s a burden to the community? Homelessness. Yes, we can all agree that when walking on the streets of downtown, it’s everywhere. This problem has been an issue the city has been dealing with for years, but luckily there’s a whole team out there trying to help. YES! For a better San Diego is “a broad coalition of tourism leaders, lodging interests, homeless advocates, working families and community activists.” 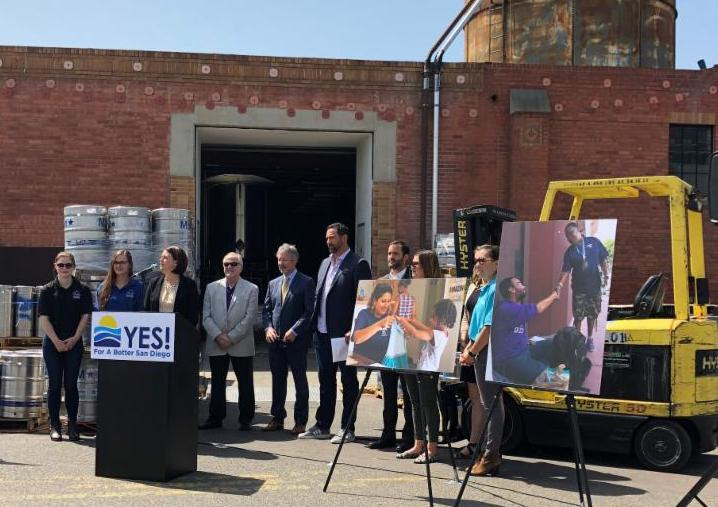 YES! For A Better San Diego

On April 13, 2018 members of the Downtown Partnership gathered together in support for Yes! For A Better San Diego. The overall goal for this measure is to “dedicate $2 billion to reducing homelessness, $600 million to repair aging streets, and – by modernizing and expand the San Diego Convention Center – would drive more than $40 billion into San Diego’s local economy.” Yes, that’s a lot of money and if you’re not affected by it why pay for it? Luckily, if you’re a San Diego resident you won’t be affected because YES! For A Better San Diego will be collecting their revenue from collecting taxes (10.5%) from overnight visitors at local lodging facilities.

There’s no denying that the homelessness is one of San Diego’s top issues that remains in our community. The situation has gotten worse within the last year especially in 2017. The homeless crisis lost 20 lives due to the recent Hepatitis A outbreak. These are prime examples of the humanitarian, public health and public safety that needs to re-evaluated.

YES! For A Better San Diego believes that the expansion and upgrades to the convention center will be an asset for the community. Modernizing and upgrading the Convention Center would create “an estimated 6,900 permanent new local jobs and add $10-15 million to the City’s General Fund every year.” With the new income coming in, the city would be able to use the money for urgent needs such as paying for police, fire and park to name a few.