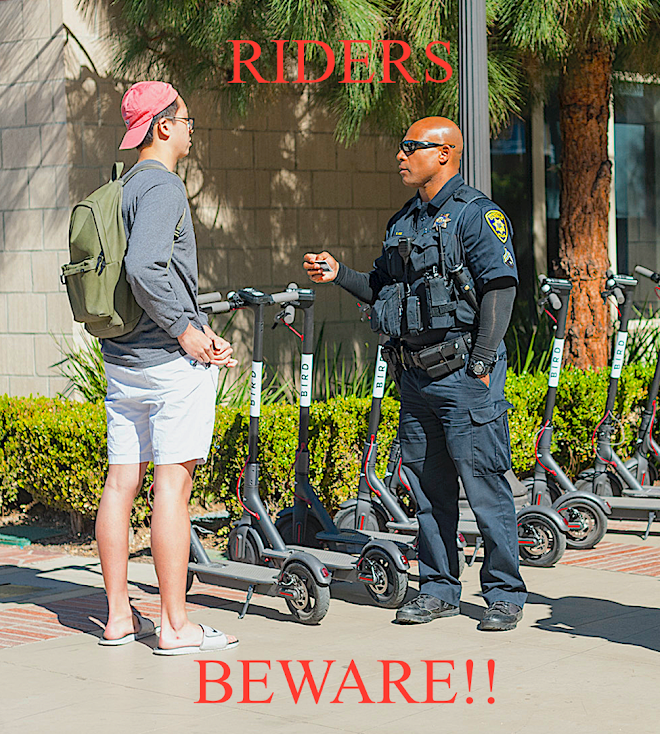 App based rental scooters and bikes have grown in popularity in all major cities of California, including San Diego, appearing on almost every corner in downtown and pacific beach. As the craze for these scooters and bikes grow, city officials have started to hand down regulations in place to protect locals and tourist. Cities like Los Angeles and San Francisco are preparing to impose fees and safety requirements for both the companies and riders. However San Diego has yet to take a major stand on these dock less bikes and scooters. Although not wearing a helmet on a Brid scooters will set you back 300 dollars, nothing has been regulated on the industry side.

Locals are now calling for these companies to follow basic regulations like vehicles. This stir for regulation has become a big discussion in the downtown area. In start of January, David Alvarez called on Mayor Kevin Faulconer to impose some sort of regulation, but nothing grew from it. Now councilwoman Barbara Bry has publicly stated that something will be done to ensure public safety in the area. Santa Monica is now requiring these start-ups to pay a $20,000-dollar annual fee to cover cost relating to code compliance. You can expect to see the same in San Diego states Barbra Bry.

Memorial day weekend was a big statement for the city police, handing out hundreds of warnings and citations for helmet violations and improper use. Although the city police are trying their best to inforce some guidelines for riders, they still don’t have the capacity to enforce these rules on a regular basis. “We try to take the enforcement, but we’re called away for so many other higher priority issues that it can be difficult,” said Lt. Brent Williams.

The city of San Diego has promised some sort of regulation to be imposed by the end of June. With this in mind, make sure you’re updated on new rules and regulation before taking one for a spin.